Creatine is a natural supplement used to boost athletic performance (1).

It’s not only safe to use but also one of the world’s most popular and effective supplements for building muscle and strength (1, 2, 3, 4, 5, 6).

Here are 10 science-based benefits of creatine.

Phosphocreatine helps with the formation of new ATP, the key molecule your cells use for energy and all basic functions of life (8).

During exercise, ATP is broken down to produce energy.

The rate of ATP resynthesis limits your ability to continually perform at maximum intensity — you use ATP faster than you reproduce it (9, 10).

Creatine supplements increase your phosphocreatine stores, allowing you to produce more ATP energy to fuel your muscles during high-intensity exercise (10, 11).

This is the primary mechanism behind creatine’s performance-enhancing effects.

2. Supports Many Other Functions in Muscles
Creatine is a popular and effective supplement for adding muscle mass (1, 4).

It can alter numerous cellular pathways that lead to new muscle growth. For example, it boosts the formation of proteins that create new muscle fibers (12, 13, 14, 15, 16).

It can also raise levels of IGF-1, a growth factor, which promotes an increase in muscle mass (12, 13).

What’s more, creatine supplements can increase the water content of your muscles. This is known as cell volumization and can quickly increase muscle size (15, 17).

Unlike supplements that only impact advanced athletes, creatine benefits you regardless of your fitness level (25, 26).

One review found that it improves high-intensity exercise performance by up to 15% (2).

Summary Creatine is the world’s most effective supplement for high-intensity sports. It offers benefits regardless of your current fitness level.

4. Speeds Up Muscle Growth
Creatine is the world’s most effective supplement for adding muscle mass (1, 27).

Taking it for as few as 5–7 days has been shown to significantly increase lean body weight and muscle size.

This initial rise is caused by increased water content in your muscles (15, 17).

Over the long term, it also aids in muscle fiber growth by signaling key biological pathways and boosting gym performance (12, 13, 14, 15, 23).

In one study of a six-week training regimen, participants who used creatine added 4.4 pounds (2 kg) more muscle mass, on average, than the control group (23).

Similarly, a comprehensive review demonstrated a clear increase in muscle mass for those taking creatine, compared to those performing the same training regimen without creatine (27).

Summary Creatine can increase both short- and long-term muscle mass. It is the most effective muscle-building supplement available.

5. May Help With Parkinson’s Disease
Parkinson’s disease is characterized by a reduction of the key neurotransmitter dopamine in your brain (8, 28).

Creatine has been linked to beneficial effects on Parkinson’s in mice, preventing 90% of the drop in dopamine levels (29).

In an attempt to treat the loss of muscle function and strength, people with Parkinson’s often perform weight training (30, 31).

In individuals with Parkinson’s disease, combining creatine with weight training improved strength and daily function to a greater extent than training alone (32).

However, a recent analysis of five controlled studies in people with Parkinson’s noted that taking 4–10 grams of creatine per day doesn’t significantly improve daily activities (33).

Summary Creatine may reduce some symptoms of Parkinson’s disease by improving muscle strength and function. However, certain studies observe no effects.

6. May Fight Other Neurological Diseases
A key factor in several neurological diseases is a reduction of phosphocreatine in your brain (29).

Since creatine can increase these levels, it may help reduce or slow disease progression.

In mice with Huntington’s disease, creatine restored the brain’s phosphocreatine stores to 72% of pre-disease levels, compared to only 26% for control mice (34).

This restoration of phosphocreatine helped maintain daily function and reduced cell death by around 25% (34).

Research in animals suggests that taking creatine supplements may treat other diseases too, including (35, 36, 37, 38):

Creatine has also shown benefits against ALS, a disease that affects the motor neurons essential for movement. It improved motor function, reduced muscle loss and extended survival rate by 17% (39).

Although more studies are needed in humans, many researchers believe that creatine supplements are a bulwark against neurological diseases when used alongside conventional medicines.

7. May Lower Blood Sugar Levels And Fight
Diabetes
Research suggests that creatine supplements may lower blood sugar levels by increasing the function of GLUT4, a transporter molecule that brings blood sugar into your muscles (40, 41, 42, 43).

Short-term blood sugar response to a meal is an important marker of diabetes risk. The faster your body clears sugar from the blood, the better (44).

While these benefits are promising, more human research is needed on creatine’s long-term effects on blood sugar control and diabetes.

Summary Some evidence suggests that creatine can help lower blood sugar levels after meals, but there is little data on its long-term effects.

Research demonstrates that your brain requires a significant amount of ATP when performing difficult tasks (25).

As meat is the best dietary source of creatine, vegetarians often have low levels. One study on creatine supplements in vegetarians found a 20–50% improvement in some memory and intelligence test scores (25).

In older adults, creatine may boost brain function, protect against neurological diseases and reduce age-related loss of muscle and strength (48).

Despite such positive findings, more research is needed in young, healthy individuals who eat meat or fish on a regular basis.

Summary Supplementing with creatine can provide your brain with additional energy, thereby improving memory and intelligence in people with low levels of creatine.

9. May Reduce Fatigue and Tiredness
Creatine supplements may also reduce fatigue and tiredness (49).

In a six-month study in people with traumatic brain injury, those who supplemented with creatine had a 50% reduction in dizziness, compared to those who did not (49).

Furthermore, only 10% of patients in the supplement group experienced fatigue, compared to 80% in the control group (49).

Another study determined that creatine led to reduced fatigue and increased energy levels during sleep deprivation (50).

Creatine can also reduce fatigue in athletes taking a cycling test and has been used to decrease fatigue when exercising in high heat (51, 52).

Summary Creatine can reduce symptoms of fatigue and tiredness by providing your brain with additional energy and increasing dopamine levels.

10. Safe and Easy to Use
Along with creatine’s diverse benefits, it is also one of the cheapest and safest supplements available. You can find a wide selection on Amazon.

It’s been researched for more than 200 years, and numerous studies support its safety for long-term use. Clinical trials lasting up to five years report no adverse effects in healthy individuals (1).

Summary Creatine is one of the safest available supplements and has been studied scientifically for over two centuries.

The Bottom Line
At the end of the day, creatine is an effective supplement with powerful benefits for both athletic performance and health.

Try adding this natural substance to your supplement regimen to see if it works for you.

Healthline and our partners may receive a portion of the revenues if you make a purchase using a link above. 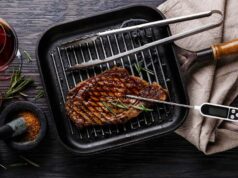 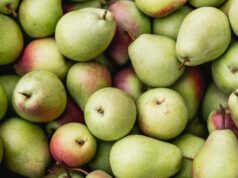 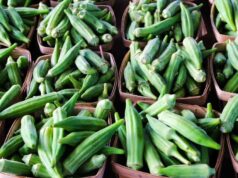